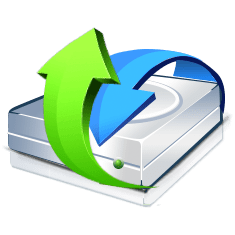 All R-Studio versions create IMAGE FILES for an entire Hard Disk, Partition or its part. Such image files can be compressed and split into several files to put it on CD/DVD/flash or FAT16/FAT32/exFAT. Then the image files can be processed like regular disks.

A feature-rich text/hexadecimal editor for technician licenses and advanced viewer for other R-Studio licenses. File or disk content can be viewed and edited with the advanced hexadecimal editor. The editor supports NTFS file attribute editing.

R-Studio Emergency (32/64 bit) version is run from a USB stick or compact disc when it is necessary to recover data on a computer, on which Windows cannot start up because its system files are corrupted or deleted.

* R-Studio Emergency is included in R-Studio package but its activation key is generated separately and requires a hardware code obtaining. The activation key can be requested through our Client Portal within one year from the date of purchase.

File previewer to estimate recovery chances. It shows picture tiles and first frames of video files as icons, and supports a large number of video/audio/graphic/document file formats. These files can be played back without their respective applications installed. Files can be recovered or marked for recovery immediately from File previewer.
S.M.A.R.T. attribute monitoring. R-Studio can display S.M.A.R.T. (Self-Monitoring, Analysis and Reporting Technology) attributes for hard drives to show their hardware health and predict their possible failures. Any unnecessary work with such hard drives should be avoided if S.M.A.R.T. warnings appear.
MORE FEATURES
R-Studio Feature History
Data Recovery Articles
PC Privacy Articles
R-STUDIO Reviews

Data Recovery Feedback
370 feedbacks
Rating: 4.8 / 5
I really love your R-Studio product, I am doing Data Recovery as a professional, I used RS since the early versions and I loved the product, as far as I can tell, R-Studio, especially the Tech Version (but including the standard) is one of the best and excellent tools for a pro to have in the arsenal of tools in a pro DR lab, especially combining with the specialized Data Recovery hardware providers like DeepSpar, and PC3000, the rest of `wannabees` out there are waste of time, strongly recommend
Michael Avraham (OmniDataPlus Data recovery and repair)
I lost more than 200K files from my NAS due to a mistake. I tried 3 different recovery solutions over the 4 TB raid disks, and all of them performed ok but to be honest none of them were able to Raw recover the files and rename them with meaningful names out of the Metadata like R-TT did, then I was able to sort again my files and pictures and kind of restore all of them.

R-TT may not be the easiest or most user-friendly solution, but the algorithm used for the renaming saved me THOUSAND of hours of opening ...
Cesar reyes
Just recovered my old ext4 partition with R-Studio after trying testdisk and R-Linux without success. That partition was overwritten by another ext4 partition and I was losing my hope until I tried R-Studio demo. It detected all my files and directories again!