This option has two main purposes:.

Below, we'll show you how to connect such virtual objects created in R-Studio Technician to the host operating system and then to use another data recovery program to get access to the files on that object.

Test setup
For clearness and simplicity, we use a very simple virtual object layout in our example. In real cases, such an object may be very complex.

The test object is a RAID 1 (mirror) consisting of a linear (sequential) LVM2 volume of two 320 GB HDDs and a 500 GB HDD. It was created in Openmediavault; open-source NAS software.

The RAID was formatted as an XFS volume, which is the file system that R-Studio Technician doesn't support.

Next, the 500 GB HDD was removed from the layout leaving only the LVM volume available. The task is to get access to the files on this volume.

We will use Active@ UNERASER (Freeware) as an XFS-compatible data recovery program. We chose it because of its simple interface and reliable performance. You may use any other data recovery software that you prefer.

We recommend you to use images rather than actual hard drives in real data recovery cases.

Upon its startup, R-Studio Technician will automatically assemble the LVM volume. However, it cannot access its files because it cannot recognize XFS volumes. 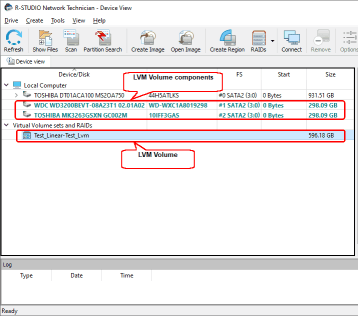 Now we need to connect this LVM object to the system in order to make it accessible for other software that should be capable of processing XFS volumes.

2. Right-click the object and select Mount in the shortcut menu. The "Mount as a virtual drive" dialog box will appear. 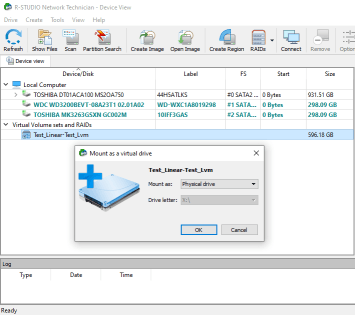 Connecting a virtual object to the system
Click image to enlarge

3. Select "Mount as: Physical drive" and click the OK button. You may also connect an object as a partition, if necessary. Read R-Studio Technician's online help to learn which option is more suitable for your case: R-Studio On-line Help documentation Connecting Virtual Objects to the System as Virtual Drives.

* The connected virtual object will appear as a separate object in the R-Studio Technician's Device view pane. 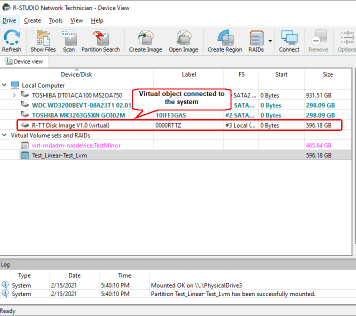 This object will also appear on the Disk Management tab in Computer Management. 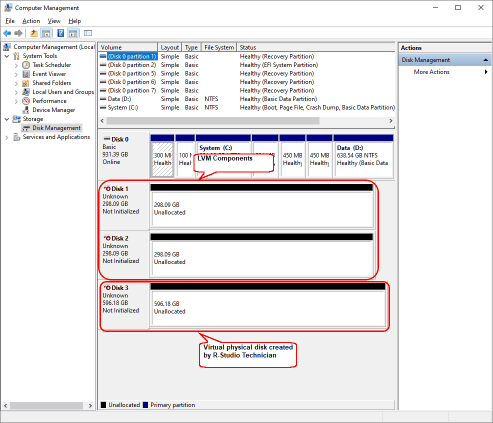 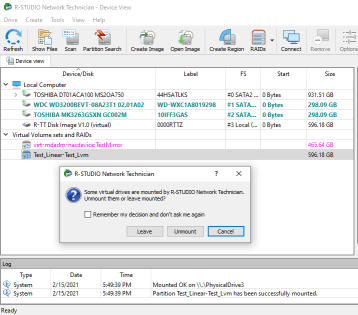 Objects that will remain connected after closure of R-Studio Technician.
Click image to enlarge

Please note that Active@ UNERASER could not find any traces of the XFS partition in the LVM object it created. 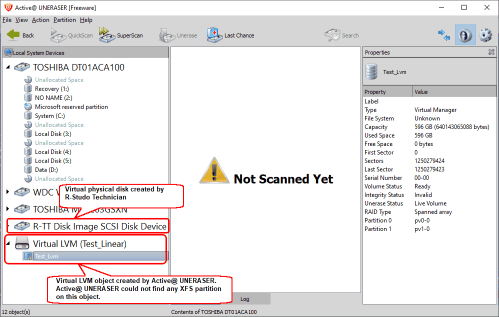 On the contrary, Active@ UNERASER found some signs that there are possibly partitions on the virtual physical disk created by R-Studio Technician. 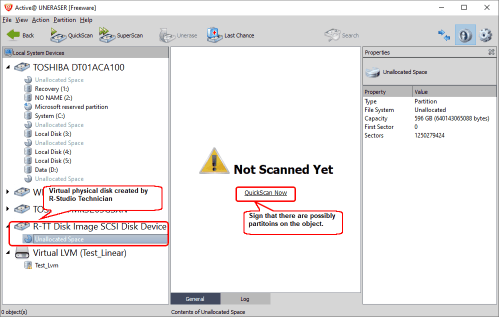 Now wait for QuickScan to complete. 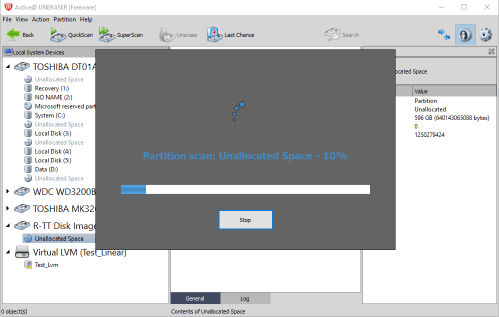 By the way, QuickScan may not be always quick. 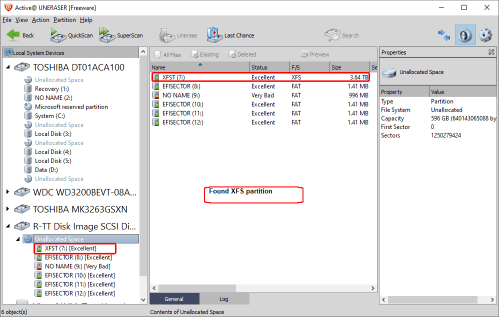 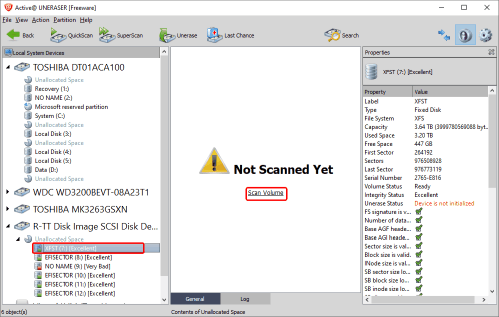 * Active@ UNERASER will show folders and files found on the partition. 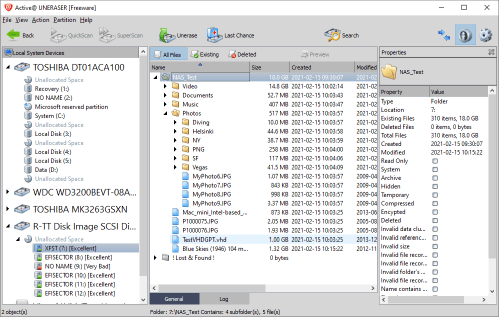 Files found on the partition
Click image to enlarge

We can browse through the folders and preview files by double-clicking them. This lets us ensure that the file system on the virtual physical disk created by R-Studio Technician is restored successfully. 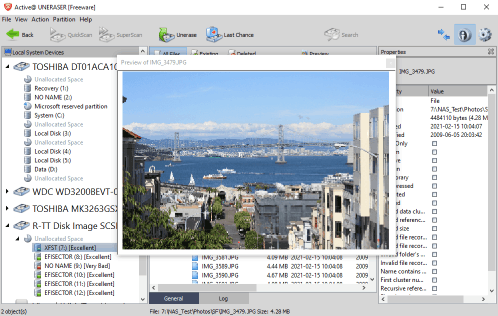 You need to start R-Studio Technician again to disconnect the virtual physical disk. To do so, click the connected disk and select "Unmount" from the shortcut menu..

Conclusions
This article has shown that R-Studio can connect virtual objects it has created to the system and make them accessible to the system itself as well as other software, including alternative data recovery programs.