R-Studio enables you to recover data from a failed RAID by creating a virtual RAID. Once a virtual RAID is mounted, R-Studio can recover data from the volume using the same powerful data recovery technology that is used on other disks and volumes. However, the challenge lies in constructing a valid virtual RAID from its constituent disks. Although you may have the correct disks (either physical drives or images) for the RAID, you may not immediately know the parameters for the RAID volume being recovered.

In this article, we will cover a few general notes about using R-Studio's automatic RAID detection. Then, we will illustrate these points by walking through an example operation. Lastly, we will address a few additional steps that can be performed to determine RAID configurations for complex data recovery scenarios.

General Notes
Regardless of the data recovery scenario, a few key points should be observed before attempting to automatically detect RAID parameters.

If necessary, the RAID parameter detection operation may be repeated several times.

Basic Automatic RAID Parameter Detection
This example illustrates an automatic RAID parameter detection using a simple case. For a scenario like this one, the process is easy and straightforward.

These steps presume a basic familiarity with R-Studio's functionality. For further information or guidance, refer to the online R-Studio Help: Finding RAID Parameters.

1. Create a virtual RAID object and add its objects to it. Disregard the disk order, RAID type, block size, etc. Then, click the Auto Detect button. 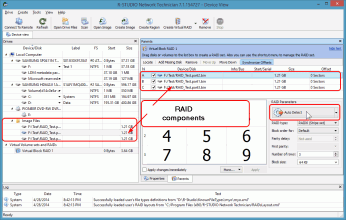 2. R-Studio will start the automatic detection process, showing its progress. When it finishes, the RAID Parameters Detection - Completed dialog box will show the results. 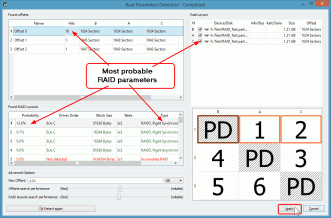 Please note that in some unusual cases, there may be a difference between the initial and final detected offsets. This is a normal situation and does not affect RAID parameter detection. 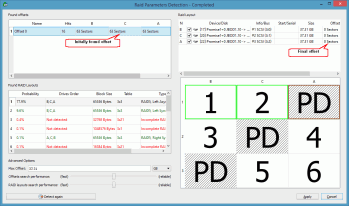 Fig.3. Difference between the initial and final detected offsets
Click image to enlarge

3. Click the Apply button on the RAID Parameters Detection - Completed dialog box, and the selected RAID layout will be applied to the virtual RAID. 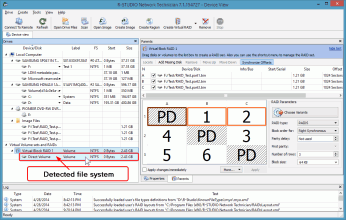 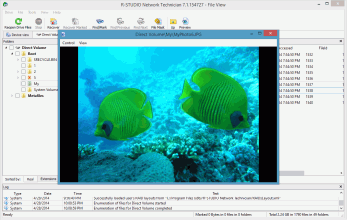 Scan the RAID
Scanning the Virtual Block RAID may help when R-Studio detects apparently correct RAID parameters, but cannot find a valid file system on the detected RAID. This is especially helpful when the space on the RAID components before the offset is filled with 0s. In this case, R-Studio might detect the offset incorrectly for the first time. 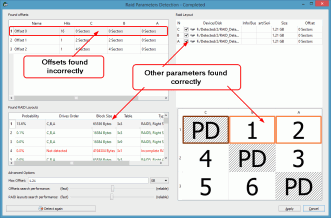 When this occurs, R-Studio may not find a valid file system on the RAID. The Virtual Block RAID volume will appear in the Drives pane, but there will be no detected file systems beneath it. 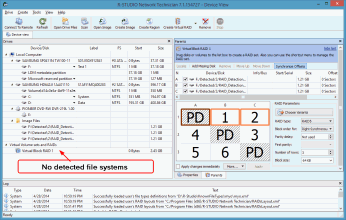 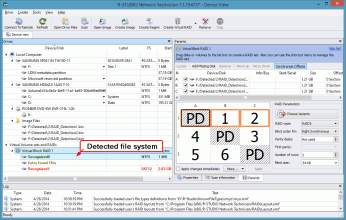 In the figure below, the default settings were used, and no offsets were detected. 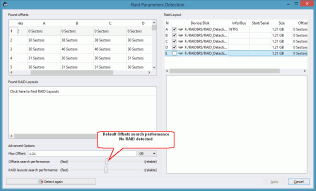 Fig.9. No offsets detected with the default detection parameters
Click image to enlarge

After decreasing the "Offset search performance" parameter in the Advanced Options pane and detecting again, the correct offset is found. 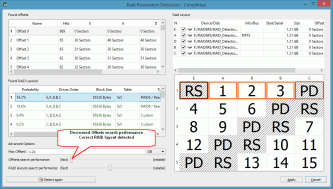 Fig.10. A correct offset is detected when the "Offset search performance" parameter is decreased
Click image to enlarge

Note that the default settings should be attempted first. For less complex RAID layouts, decreasing either of these settings will display too many results, making determining the correct layout more time consuming.

Select another offset and RAID layout manually
This may help when the RAID data is damaged to the point that none of the above steps yield successful results.

Conclusion
Recovering data from a failed RAID is a challenge. Detecting the correct RAID parameters is key to a successful recovery. The absolute best case scenario is one where the previous RAID configuration was stored or recorded prior to the crash. Barring that, using R-Studio's built-in automatic RAID parameter detection technology is the next best course of action. R-Studio's automatic RAID parameter detection works with very high reliability for simple cases, and for more complex situations, can be used as a powerful tool for determining the correct RAID offset and RAID layout.

I`m very much glad to give feedback on your R-Studio Data Recovery Software. I lost my whole partition over 700 GBs yesterday and it was a shock for me, it happened during the Dell Backup and Recovery PC Reset to Factory Stat. Then I tried my luck with R-Studio Data Recovery and I wasn`t beleiving that I got all my data back all of it, I must say its 100% recovery, because every file or folder i checked it showed its content as exact it was before even the videos (some movies, songs ...
Muhammad Asif (I`m Just a Student)
© Copyright 2000-2021 R-Tools Technology Inc.